There are some benefits to living on the main drag in an old town. Parades! And without having to leave the comfort of your front porch! Every year the town of Leesburg sponsors a Halloween and Christmas parade. Alas, there was no Independence Day parade. But thanks to the diligent work of the Historic District Residents Association (HDRA), the Independence Day Parade is back. And this year, they outdid themselves.

The parade started with the esteemed Grand Marshall, Thomas Jefferson, riding in a coach and four (generously loaned by Sandy Lerner of Ayrshire Farm): 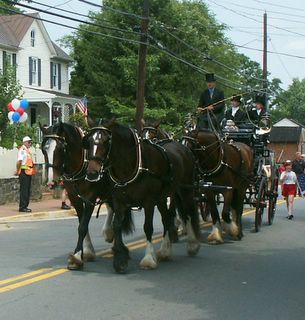 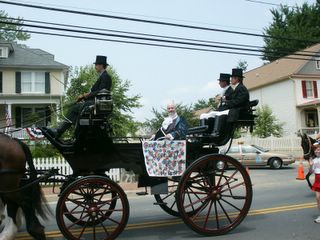 If you are in Loudoun County, Virginia, for the Spring Farm Tour, be sure to stop by the farm. Ms. Lerner is doing some incredible work with organic farming and working with rare breeds.

A young man marched, playing a patriotic tune on the clarinet: 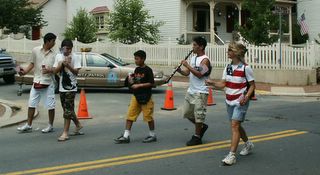 The HDRA entered a float displaying the flags of the original 13 colonies: 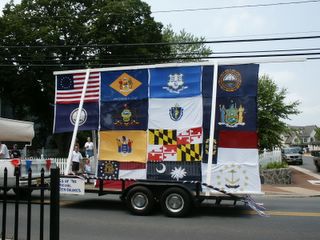 And of course, the local fife and drum corps has to get in the action: 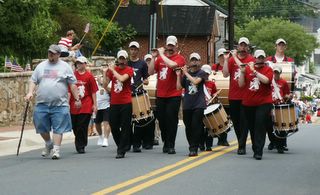 If you like greyhounds, you can adopt one from this fine organization: 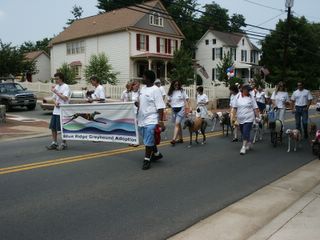 There were the requisite old cars: 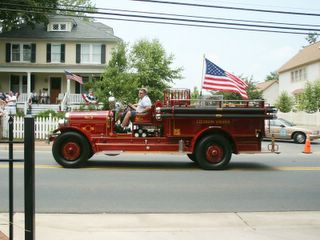 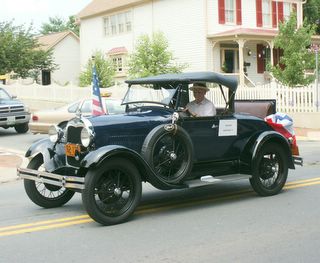 And no parade is complete without a Zamboni! 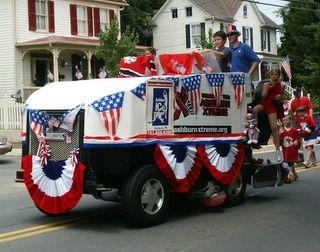 Or a Chinese dragon! 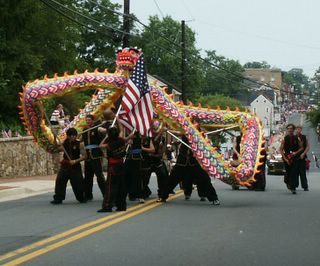 The dragon movements were so fluid, and the percussion accompanying the dragon was very cool. Unfortunately, that photo didn't turn out.

The Baltimore Westsiders Marching Band paid a visit. The drums were awesome! 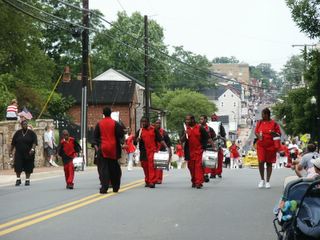 And the younger members of the team were so cute! 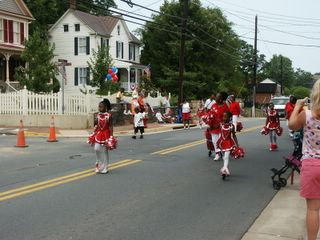 And, to finish it off, the American Originals Fife and Drum Corps from Washington, DC, joined in the festivities: 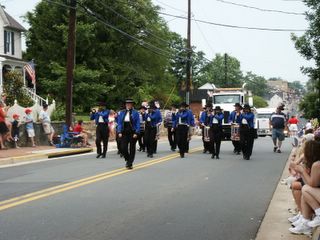 The town also does an excellent fireworks show. I don't know if we'll wander down to Ida Lee Park to watch. We may simply want down the street a bit and sit on the curb and watch.

In knitting news, I was able to knock out a couple of rounds on Tom's sock while waiting for the parade to start. Surprisingly, it does fit...almost. It's a tad loose, but not as loose as I thought it was going to be.

And I've got a love/hate relationship with lace. I love to see the pattern develop under my fingers. I hate miscounting and having to unknit several rows. But Jezebel helps with the counting: 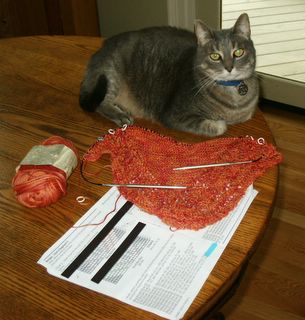 On the spinning front, I was hoping to get some time to spin today. But that's not going to happen. Maybe next weekend...

Have a happy Fourth of July! And if you are going to play with fireworks, be careful!
Posted by Teri S. at 3:54 PM