My, How Time Flies!

Wow, it's already the 12th of January! How did that happen? Life these days has been a combination of exhausting (stupid thyroid!) and busy, with a trip to visit my family last weekend, as well as various social engagements. For some reason, January and February seem to have a busier social agenda than November and December. Go figure.

The trip to my parents was preceded by a period of extremely low energy, which made thinking and performing other daily activities a bit difficult. This in turn created a bit of anxiety, because I still had to buy and wrap presents for my youngest nephew and nieces. However, Ka-BOOM! once again came to my rescue. They have the best toys (high quality and designed for imaginative play), arranged by age appropriateness, no less. After scoping out the offerings, I made quick call to consult with my mother, and made my purchases. Three gifts for kids aged 2, 5, and 6 bought in less than an hour! It doesn't get any better than that! To give you an idea of how late I was with the gift acquisition, we were on the road an hour and a half later.

Why yes, Procrastination is my middle name. Why do you ask?

We had a very enjoyable, but too brief stay with my parents. Everyone came to dinner and the kids made it high energy. I must say that Carl and Laurie have done an excellent job of raising well-mannered children. Their presents were sitting on the hearth, and not once did they ask anyone about them. They seemed rather surprised, in fact, when we handed them out. Do you know many young children like that?

I was surprised, too, when my sister-in-law Barbara handed me a gift bag. For me? I reached inside and pulled out this: 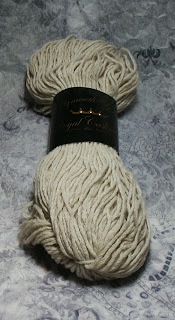 If you look carefully, you can see that the ball band says Plymouth Yarn Royal Cashmere. I was flabbergasted. Cashmere! This is definitely a yarn that I would not buy for myself. It was a very thoughtful gift. Thanks again, Barbara! I've already started daydreaming about scarf designs.

Knitting Progress
There's been a bit of knitting activity chez Libran and in fact, there's almost a finished object! But before that, there was frogging. The second Gentleman's Fancy Sock bit the dust. Or at least most of it did. I had the brilliant idea of inserting the needles at the point where I wanted to the ripping to stop: 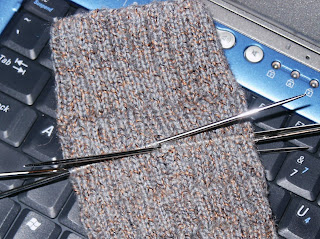 After they were in place, I let 'er rip! 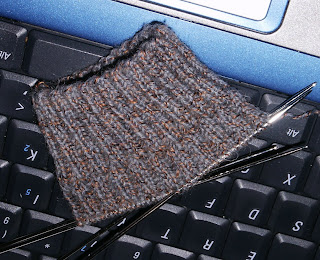 The technique worked almost perfectly. I had to make a few minor adjustments, but it worked! And then I discovered that I didn't have 2.25mm needles. Time find another project to take on the trip to my parents house.

I pulled out my ball of Fibra Natura Heaven to start the hat for my friend Heidi. Given that I didn't have her head measurements and wasn't sure that I was going to have quite enough yarn, I opted for a top-down method and discovered I really like working hats top down. Here's what I have so far, modeled by my trusty iron: 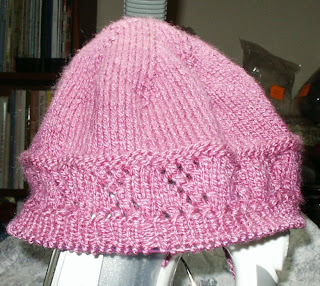 The hat was a little too plain with just stockinette and the standard ribbing seemed to be too dull. I came across the Crystal and Pearl lace pattern in Barbara Walker's A Second Treasury of Knitting Patterns and thought that it would make the perfect edging with just one repeat, followed by 1x1 ribbing on smaller needles. Here's the lace detail: 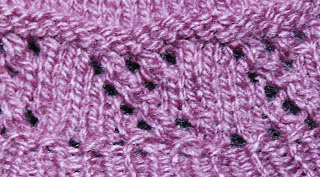 The best part about top-down hats is that you can try them on as you go. This hat is a bit loose on me and it covers my ears. I had a friend at work try it on, and it was somewhat tight on her and barely covered the tips of her ears. I definitely need to have a fitting session with Heidi before finishing it off. I predict that the hat will be finished this weekend.

The 2.25mm needles finally arrived, and I'm slowly cruising towards the foot of the second sock. I predict the pair will be complete by the end of the month.

Unfortunately the weekend does not promise a lot of knitting time. The herd of dust buffalo needs to be culled and we're spending the day in DC tomorrow, visiting museums, restaurants, and finishing up with a concert at the Kennedy Center.

Wow, that sounds like a great little trip to DC. What concert are you going to see? YUMMM cashmere! Good SIL!

Hmmm...maybe we can herd your dust buffalos here for the winter and I'll herd mine up there for the summers?

you got some lovely gifts! hahahaa cashmere...mmmmmmm.

hehehe. on socks, the way you ripped out is excellent. i have to do it that way when i have to rip out alot. tee-hee. great minds think alike. :) jk

looks like you've been a busy knitter. keep up the good work! :)

Note to self: Tell Future SIL that cashmere makes a nice gift.

I just love that hat! The iron models it rather well, I think.

You were just making sure that you didn't give the kids anything that Santa might have brought them is all. See there was a plan.

And the Plymouth cashmere is wonderful. You will enjoy it.